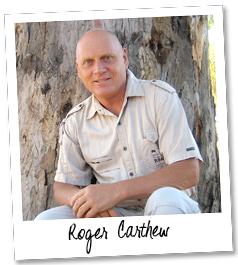 Hi, I'm Roger Carthew, the founder of Vital Veggies, an Adelaide based service specialising in organic and biodynamic vegetable gardens.

From when I was two or three years old I watched my grandfather grow veggies that seemed to be super sized to a small kid. Then I watched my father do the same. Growing up in country South Australia I’d always been immersed in communities where everyone was growing or raising something.  It just seems in your blood.

Anyways, as I grew older I became intrigued by the link between athletic performance and food and then health. It seemed to me, food and the quality of food was of tantamount importance.

When I was only twenty one years old my mother died of diet related cancer which hardened my resolve to take some “benefit” from her death and not allow the same to happen to me. She was only 46 years old. Eating healthy and being healthy took on new meaning, especially, as I reached the aged of 46 – far too young to die – and far too much to do.

Sometime in the intervening period I had the fortune and misfortune to own a dairy farm. Two hundred and fifty milkers plus fifty replacements plus assorted other animals, for whom I was responsible.  Over those seven years I learnt a lot, lived a lot and lost a lot. Here it was, that I developed a love of the land. I came to realize how the natural fertility of the soil and farm management merged to give the quality and quantity of what was produced. Which in turn contributes to those next in the food chain

Looking back, the best crop we ever grew was on our feed out paddock where the cows were given their night feed of hay. There was a massive amount of residue that found its way into the soil and gee did it grow things well, in fact  quite by accident, biologically.

I remember so well the sunrises, sunsets, rainbows and the cows and the farm bull I had a stand-off with one day.

After the farm it was back to the city of Adelaide where the memories of farming have never faded.  That hankering for the soil saw me begin to grow my own veggies, in a roof top garden in pots. It was super hot, the veggies wanted more root space and for the first year I feed a horde of the suburbs rats. I set about studying how to solve my problems. Step by step the pieces of the puzzle came together and I grew more and more, watered less, and was less affected by the heat and so on.

Most of what I needed to help me do this was not commercially available. I had to find all those natural materials because whatever I did I wanted to do this naturally. With time, I’d find a supplier and test it and so went on the process.

As it turned out, having to grow in smallish pots on a very hot, sometimes fifty degrees plus rooftop was a blessing. I had to solve and find things.

With each season I became surer of what was happening, of the soil blend I would need and what it would look and feel like.  That’s when family and friends started to find me offering help with their vegetable gardens. The results there were just as positive. Transferring what I was doing in pots into rased beds of a larger proportion saw the results multiply.  Soon I was a garden “guru” of sorts for no other reason I’d been observant, patient, never gave up and wanted passionately to grow healthy food. If there is a secret, it’s in the soil. Get your soil right and everything else follows.